Synopsis
This is the story of 12-year-old Ali and his three friends. Together they work hard to survive and support their families, doing small jobs in a garage and committing petty crimes to make fast money. In a turn of events that seems miraculous, Ali is entrusted to find a hidden treasure underground. He recruits his gang, but first, to gain access to the tunnel, the children must enroll at the Sun School, a charitable institution that tries to educate street kids and child laborers, close to where the treasure is located. 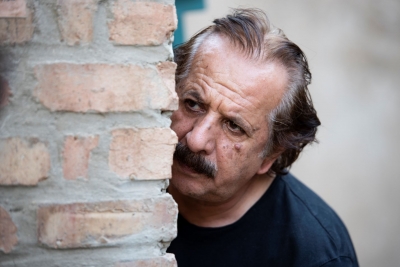 Born in Tehran in 1959, Majid Majidi is the first Iranian director to receive an Academy Award Nomination for Best Foreign Language Film for Children Of Heaven (1996). His debut feature, Baduk (1991), was presented at Cannes Directors’ Fortnight, and his second effort Father (1995) secured Majidi’s first major prize, at the San Sebastian Film Festival. Majid is a triple winner of the Grand Prix des Amériques at the Montreal World Film Festival and his movie The Song Of Sparrows (2008) won the Golden Bear for Best Actor at the Berlin International Film Festival. Since then he has directed Muhammad, The Messenger Of God (2017) and Beyond The Clouds (2019).