Sarajevo, May 2021. The Old Town is trying to recover after a long and difficult pandemic year. The pandemic is not over yet, but summer is coming; there is hope that things can improve, even if only for a short time. When a woman from Zagreb enters Enis's shop one morning and says that she has come to eat “the best kebabs in Sarajevo”, he sends her over to Izo's shop, so that Izo can also afford the traditional pleasure of the first morning coffee after the first customer service. This totally harmless, friendly gesture will cause the complete disintegration of the neighbours' business and private life, engulfing not only Izo and Enis but the whole city. Where can one eat the best kebabs in Sarajevo? 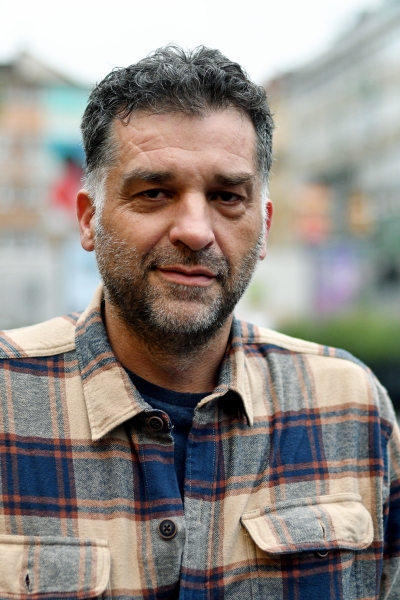 anis Tanović (1969, Zenica) is a Bosnian director, screenwriter and producer. The war interrupted his studies at the Academy of Performing Arts in Sarajevo. During the first two years of the war he was in charge of the film archive of the then Army of the Republic of Bosnia and Herzegovina (with his colleague Dino Mustafić). In 1994 he considered continuing his studies in the United States of America and Germany, but he went to Belgium where he continued his studies at the INSAS Film School. He got Belgium citizenship in 1998. Danis lives and works in Sarajevo.

Danis Tanović has directed several documentaries. The film NO MAN'S LAND which he directed and for which he wrote the screenplay won the Oscar for Best Foreign Language Film at the 74th Academy Awards, as well as the Golden Globe in the same category. At the Berlinale he is a two-time winner of the Silver Bear Award for the films AN EPISODE IN THE LIFE OF AN IRONPICKER (2013) and DEATH IN SARAJEVO (2016). At the 20th edition of the Sarajevo Film Festival in 2014 he received the Honorary Heart of Sarajevo Award.