Synopsis
Immediately after a Palestinian man signs an online petition, he is thrown into a panic-inducing spiral of self-doubt. Over the course of a conversation with an understanding friend, he analyzes, deconstructs and interprets the meaning of his choice to publicly support the cultural boycott of Israel. 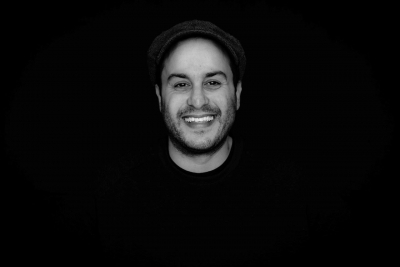 Mahdi Fleifel (born in Dubai) is a Danish-Palestinian film director who graduated from the UK National Film & Television School. In 2010, he co-founded the London-based production company Nakba FilmWorks. Mahdi’s critically-acclaimed debut feature, A WORLD NOT OURS (2012) premiered at the Toronto International Film Festival and received over 30 awards, including the Berlinale Peace Film Prize, the Edinburgh, Yamagata and DOC:NYC Grand Jury Prizes. In 2016, he won the Silver Bear for A MAN RETURNED and his follow-up film, A DROWNING MAN was selected in the Official Competition at Cannes in 2017 and was nominated for a BAFTA in 2018. I SIGNED THE PETITION won Best Documentary Short at IDFA and was nominated for the 2018 European Film Awards.