Foragers depicts the dramas around the practice of foraging for wild edible plants in Palestine/Israel with wry humour and a meditative pace. Shot in the Golan Heights, the Galilee, and Jerusalem, Manna employs fictional scenes and documentary and archival footage to portray the impact of Israeli nature protection laws on these customs. The restrictions prohibit the collection of ‘akkoub and za‘atar and have resulted in fines and trials for hundreds caught collecting these native plants. For Palestinians, these laws constitute an ecological veil for legislation that further alienates them from their land while Israeli state representatives insist on their scientific expertise and duty to protect. Following the plants from the wild to the kitchen, from the chases between the foragers and the nature patrollers to courtroom defenses, Foragers captures the necessity and pleasure of food traditions alongside their resilience to the prohibitive law. By reframing the terms and constraints of preservation, the film captures the effects of settler colonialism on land and cultural practices, as well as the politics of extinction debates that determine what gets preserved and who gets to decide.

Directed and produced by Jumana Manna 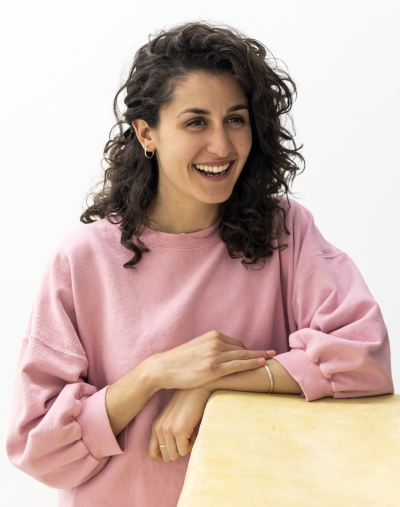 Jumana Manna is a visual artist and filmmaker. Her work in film and sculpture explores how power is articulated through relationships, often focusing on the body, land, and materiality in relation to colonial inheritances and histories of place. She has participated in multiple film festivals including the Berlinale, Viennale, BAFICI, IFFR, Cairo Cinema Days, Goteborg Film Festival, Ambulante, Cinéma du Réel, and Art of the Real. Her Wild Relatives (2018) won CPH:DOX’s New Visions Award, Sheffield Doc’s Environmental Film Award, DokuFest Kosovo’s Green Dox Award, and Palestine Cinema Days’ Sunbird Award. Jumana was raised in Jerusalem and lives in Berlin.