Synopsis
Filmed in black and white, IN VITRO is a sci-fi based in the aftermath of an eco-disaster. An abandoned nuclear reactor is converted into a huge orchard under the biblical town of Bethlehem, and a group of scientists are preparing to replant the soil using heirloom seeds collected days before the apocalypse. The orchard’s ailing founder, 70-year-old Alia, played by Hiam Abbass, lies on her deathbed as 30-year-old Alia, played by Maisa Abd Elhadi, visits her in the underground compound’s hospital wing. Alia was born underground as part of a cloning program and had never seen the town she is destined to rebuild. The exchange between the two worlds develops into an intimate dialogue about memory, exile, and nostalgia - encompassing the symbolically and politically charged backdrop of Bethlehem. 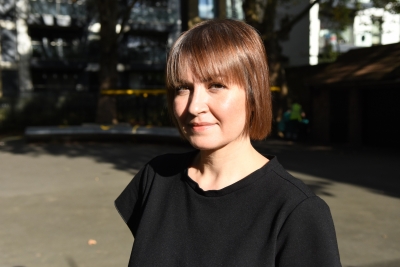 Larissa Sansour is a Palestinian artist/director who ventures with the tug and pull between fiction and reality, often using science fiction to address social and political issues. Working mainly with film, Larissa also produces installations, photos, and sculptures. She has shown her work in prominent film festivals and museums, including the Tate Modern, MoMA, Centre Pompidou, the Istanbul Biennial, the Berlinale, Rotterdam International Film Festival, BFI London Film Festival, Bluecoat in Liverpool, Dar El-Nimer in Beirut, and Nikolaj Kunsthal in Copenhagen. In 2019, she represented Denmark at the 58th Venice Biennial. 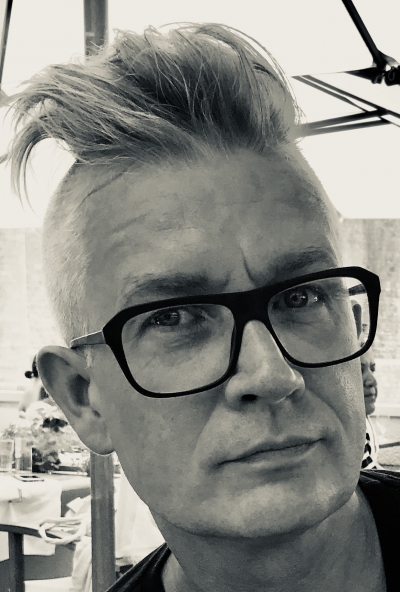 Søren Lind (b. 1970) is a Danish author, director and scriptwriter. With a background in philosophy, Søren wrote books on mind, language and understanding and has published novels, short story collections and several children’s books before turning to film and fiction.  His work was screened and exhibited at museums, galleries, and film festivals worldwide, including the 58th Venice Biennial, MoMA (US), Barbican (UK), Nikolaj Kunsthal (DK), Berlinale (D), International Film Festival Rotterdam (NL) and BFI London Film Festival (UK).