Synopsis
9-year-old Marwa, her mother and siblings are stranded in Jordan’s Zaatari Refugee Camp, where they arrived in 2012 after escaping the war in Syria. The playful characters of Marwa and her siblings reveal the depth of the emotional impact war can have on children. Marwa expects to stay at the camp for a couple of weeks at best, but over the ensuing four years, she blossoms from child to a young woman. She starts to get accustomed to camp life, until her brother is called for interrogation about his association with militant extremists, and the family’s “settled” life takes an immense turn. 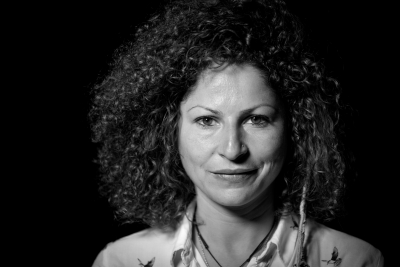 Dina Naser is a Jordanian director and producer with Palestinian roots. She obtained her BA in Art and Graphic Design and received the DOC Nomads Scholarship for her master’s in Documentary Filmmaking in Lisbon, Budapest and Brussels. She worked with various TV and film productions including INCH’ALLAH (2012) and THE CUT (2014) before she directed her first short film, SHAMIEH (2011). Dina’s award-winning films, namely ONE MINUTE (2015) and SEA WASH (2016), were screened at prominent festivals. Her first feature documentary, TINY SOULS (2019) won the Audience Favorite Award at Euromed Audiovisual’s Made in MED Film Festival and the Jury award at the Jordanian European Film Festival.