Synopsis
How long can one deny or hide a pregnancy? Not long, as 20-year-old Moroccan Sofia finds out: her water suddenly breaks in the kitchen of her parental home. Her cousin Lena takes her to hospital, but there they face a number of problems: In Morocco, sex outside marriage is an offense. A woman having a baby can only be admitted to hospital when there is a man to acknowledge fathering the unborn child. In order to get help, save her family's honor and stay out of jail, Sofia must find the father of her child and marry him as soon as possible. 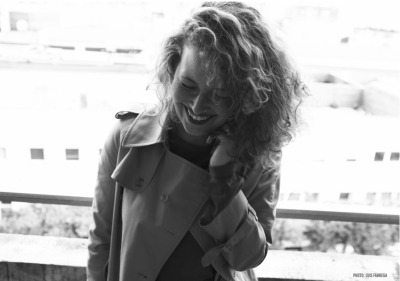 Meryem Benm’Barek (1984, Rabat) studied Arabic Language and Civilisations at the National Institute of Oriental Languages and Civilizations in Paris before entering the directing department at INSAS in Brussels in 2010. There, she directed five short films, notably NOR (2013) and JENNAH (2014), which was selected for numerous international film festivals and was considered for the Academy Award submission in 2015. Meryem also creates sound design art and has had exhibitions at the Victoria and Albert Museum in London. SOFIA, her first feature film, is a recipient of the Gan Fondation prize and a grant from the Doha Film institute.