Residue chronicles aspiring filmmaker Jay (Obinna Nwachukwu), who returns to his native Washington, DC to find his old neighborhood is gentrified beyond recognition. Dealing with alienation from his friends, troubled by the disappearance of a loved one and unsure of his place in this new community, Jay confronts issues of identity, isolation and loss on a tumultuous personal journey. 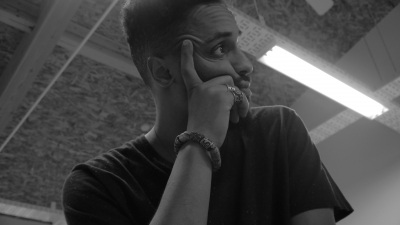 Merawi Gerima is a filmmaker from Washington DC. This origin informs his work and his community-centered orientation. Residue, his first feature, was a total communal endeavor, made possible primarily by the effort of the people it attempts to portray.  Following its world premiere at the Slamdance Film Festival, Residue was honored with the festival's Audience Award for Best Narrative Feature and the Acting Award for star Obinna Nwachukwu. RESIDUE is also an official selection of the 77th Venice International Film Festival’s Giornate degli Autori. Gerima is a graduate from the University of Southern California (USC) School of Cinematic Arts (SCA). He is the son of celebrated Ethiopian filmmaker Haile Gerima, a legendary figure in the L.A. Rebellion film movement.