Synopsis
Ibrahim, my father, left the house one day in 1987, and never came back. I was six years old. Ibrahim Al Abed was a secret agent for the “Revolutionary Council” (popularly know as the “Abu Nidal Group”), a Palestinian militant faction that opposed PLO attempts to adopt more peaceful solutions to the conflict with Israel to the point that they collaborated with Western powers and carried out operations to hunt down anyone who opposed their vision. Uncertain of Ibrahim’s destiny, I grew up in a house where silence was the norm. My mother Najat, a proud Egyptian lady, had to continue her life normally, raising Ibrahim’s five children in Damascus while blaming the whole thing on her misfortune. 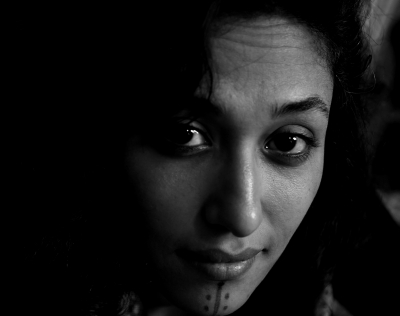 Lina Al Abed is a Palestinian filmmaker who graduated from the Faculty of Journalism at Damascus University. Her thesis project was a short documentary about Syrian author Mohamed Al-Maghout that was broadcast on Al Jazeera in 2007. She went on to direct short documentaries, namely NOOR ALHUDA, which received the DOXBOX Jury Prize for Best Syrian Documentary Film in 2010, and A DREAM OF POWERFUL MONSTERS (2013). Her first feature documentary, DAMASCUS, MY FIRST KISS (2012) premiered at Doc Leipzig and was broadcast on ARTE. IBRAHIM, A FATE TO DEFINE took the OIF Prize at the Beirut Cinema Platform.