As the revolution turns into war; Nidal, a Syrian filmmaker, is forced to leave the country. He locks up his Damascus home door and travels with his wife and daughter to Cairo, which was celebrating a successful revolution at the time. His friends ask him to pitch in the renovation of an old cinema theatre upon which they are about to embark. Nidal, whose refuge in Cairo keeps extending indefinitely, starts longing for his home and city and finds refuge in personal family home videos and memories as he discovers a new space: an old locked cinema in the heart of Cairo. He attempts to make a film about his longing to his home by documenting the old cinema theater while using the home video tapes to tell a story of hope, perhaps also of despair.

Company of production: Seen Films, in coproduction with Nidal Al Dibs and Plateau 84 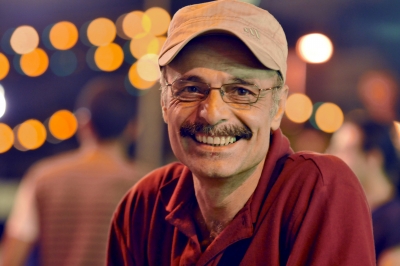