Synopsis
In the Arab-American neighborhood outside of Chicago where journalist and filmmaker Assia Boundaoui grew up, most of her neighbors think they have been under surveillance for over a decade. While investigating those rumors, she uncovers tens of thousands of pages of FBI documents that prove her hometown was subject of one of the largest counter terrorism investigations ever conducted in the U.S. before 9/11, code-named “Operation Vulgar Betrayal.”  The film follows Assia as she pieces together this secret FBI operation and confronts long-hidden truths about the FBI’s relationship to her community while grappling with the effects of a lifetime of surveillance on herself and her family. 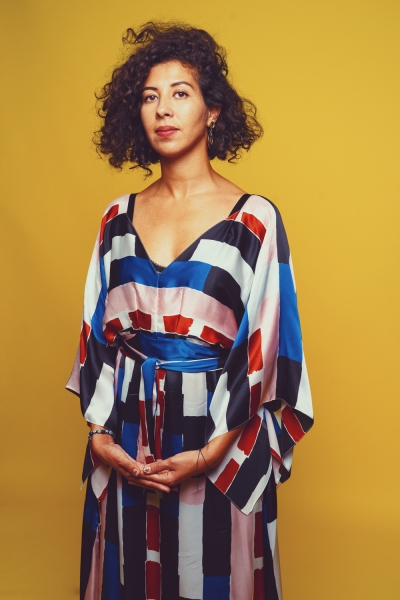 Assia Boundaoui is an Algerian-American filmmaker and journalist. She has reported for BBC, NPR, Al Jazeera, VICE, and CNN and received a first place Mark of Excellence award from the Society of Professional Journalists. She directed a short film about hijabi hair salons for the HBO docu-series, which premiered at the 2018 Sundance Film Festival. Assia has an MA in Journalism from NYU and is fluent in Arabic. She is a New America National Fellow and a fellow with the Co-Creation Studio at the MIT Open Documentary Lab. Her feature directorial debut, THE FEELING OF BEING WATCHED, premiered at the 2018 Tribeca Film Festival.