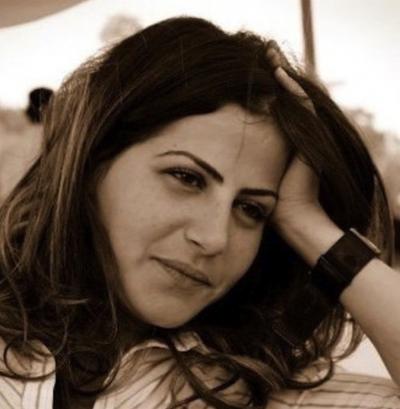 Al-Muthaffar received her BA in Film Directing from the Academy of Arts in Cairo, and her MA in Media and Communications from Goldsmiths College, University of London. She has directed short films and has participated in several international film festivals and art galleries. She has worked on more than 25 Palestinian and international film productions; including two Oscar-nominated feature films. Moreover, she has worked for CNN and other international media outlets as a news producer. She has also participated in many workshops throughout her career as a filmmaker, journalist and a communications adviser, in addition to teaching and mentoring.