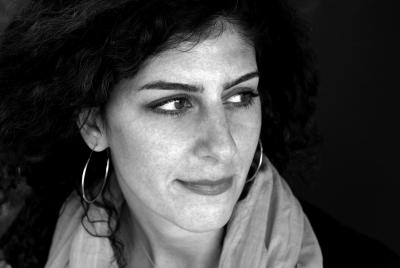 Artist and filmmaker Emily Jacir, one of the Arab world's leading contemporary artists, has built a complex and compelling artistic practice that is both poetic and political. She has exhibited her works throughout the world and been honored many times for her achievements including a Golden Lion at the 52nd Venice Biennale (2007). Jacir’s works have been in important group exhibitions internationally, including the Museum of Modern Art, New York, dOCUMENTA (13), Venice Biennale, and Whitney Biennial (2004). Jacir’s recent solo exhibitions include the Irish Museum of Modern Art, Dublin; Whitechapel Gallery, London; and Darat il Funun, Amman (2014-2015).