Synopsis
It hasn’t been so very long since rich tourists from around the world came to stay at the luxury hotels of Sharm El Sheikh. But the Arab Spring and the confusion of the post-revolutionary period quickly robbed the southern tip of the Sinai Peninsula of its charm as a go-to summer resort. Saturated with elements of surreal fiction, DREAMAWAY takes us to a shimmering city of ghosts to visit its last inhabitants, resort-employees dreaming feverishly among the abandoned hotel suites. 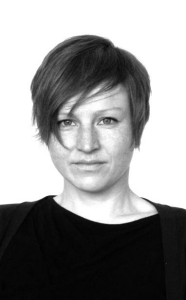 Johanna Domke is a visual artist and filmmaker who studied Fine Arts at the Royal Danish Art Academy in Copenhagen and the Malmö Art Academy in Sweden. Her video work received considerable attention in recognized art institutions around the world. Her fascination for film made her follow post-graduate studies in Scriptwriting and Directing at the Media Art Academy in Cologne, Germany. She currently produces art work with a focus on what lies in the space where art and cinema meet, with a combined structural and socio-political approach. JOHANNA co-produced CROP (2013) and co-directed the award-winning documentary feature, DREAMAWAY (2018). 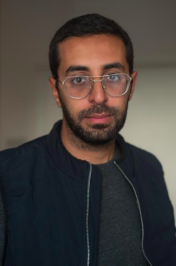 Marouan Omara (born in 1987 in Cairo) is a documentary filmmaker who works with film, video and photography. He studied filmmaking at the Academy of Cinema, Arts and Technology; and Applied Arts at Helwan University in Egypt. His works seek to express a dreamlike notion through exploring the overlap of fiction and reality as they correspond with everyday experiences. He is currently an adjunct professor in film production at the American University in Cairo. MAROUAN directed CROP (2013) and co-directed the award-winning documentary feature, DREAMWAY (2018).