Synopsis
Raf and Julie, a couple on the verge of breaking up, find themselves at the hospital’s ER close to asphyxiation on the evening of a major ‘yellow vests’ protest in Paris. Their encounter with Yann, an injured and angry demonstrator, will shatter their certainties and prejudices. Outside, the tension escalates and soon, the hospital has to close its doors as the staff is overwhelmed. The night will be long… 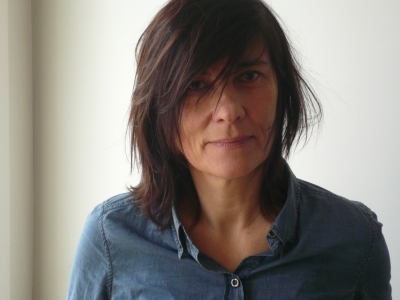 Catherine Corsini began her multi-awarded career in the early 1980s. Since 1994 with Lover, she became a regular of the internationally renowned festivals. Her films were screened in Cannes, Berlin, Rome, Toronto, Locarno and more. With An Impossible Love, adapted from the eponymous Christine Angot novel, she received the SACD award, Henri Langlois and Alice Guy award, as well as four nominations at the 2019 César. Her last film The Divide, with Valeria Bruni Tedeschi, Marina Foïs et Pio Marmaï has been presented in Competition at the Official Selection of the 2021 Cannes Film Festival.