Synopsis
What could be breaking news in a country where war, violence and demolition are part of the daily life? 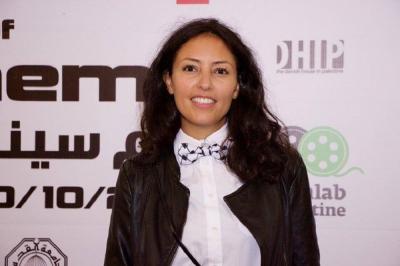 Biography
Ismahane Lahmar was born in Paris in 1982. After being raised by her grandparents in Tunisia, she went back to live in France with her parents. In 2009, after studying cinema at ESRA (école de réalisation audiovisuelle) in Paris, she obtained her Master in Directing at NYU (New York University). In 2010 she returned to Tunisia where she wrote and directed several documentaries, short films and the comedy WOH, a success at the box offices in Tunisia. Since the beginning of this year, Ismahane lives in Palestine where she is preparing her second feature film A Respectable Family with Palestinian cast and crew.