Salma and Tamer, a Palestinian couple in their thirties, have been married for five years. Salma is from Nazareth, while Tamer is the son of a famous intellectual revolutionary who was killed in Beirut. The first time Tamer receives permission to cross the Israeli checkpoint is to file for divorce from his wife. In court, they make a shocking discovery about the past of Tamer's father and have 72 hours to find a needed document before his permit expires. As the story unfolds, the secret exposes a time when religion was not an issue and love could survive a destroyed landscape even in a war-torn country. 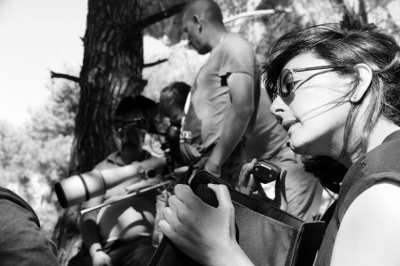 Writer and director Najwa Najjar, is a member of the Academy for Arts and Sciences Writers and worked in both documentary and fiction since 2000. Her début feature film was “Pomegranates and Myrrh” (2009). Her second award-winning film “Eyes of a Thief” (2014) was the Palestinian submission to the 2015 Oscars.