In Rod El Farag, one of the poorest residential areas in Cairo, obtaining meat, fruit and daily bread is a constant struggle, but the sense of community shared by the inhabitants helps them to some extent overcome their hardships through a social practice known as ‘al Gami’ya’, or ‘the credit union’. More than support, the assembly is an integral part of their daily life, adults and children alike. A rare, intimate and genuine portrait of life, witnessed through the eyes and voice of its characters in a place that doesn’t know rest, situated under a train station. Between the omnipresence of the train and the search for daily bread, life happens… 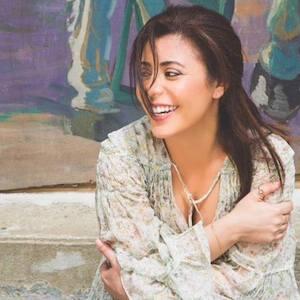 Reem Saleh graduated from the Lebanese American University in Beirut with a BA in Radio, TV and Film and a minor in psychology. She began her career as a stage and film actress, winning a local acting competition on the MTV television channel (Murr Television). She has directed the short film The Naked Eye, the stage play Wings written by Arthur Kopit, and contributed in the production of several documentaries for MTV Lebanon and Rotana Enterprise. Saleh moved to Qatar in 2006 to work for Al Jazeera Children’s Channel as a producer and voice-over artist, then went on to join the Doha Film Institute where she contributed on different aspects of content creation from film reviews to video content. For 4 years, she acted as the Deputy Director of the Ajyal Film Festival.